Like its tech industry contemporaries, a Zoom spokesperson said the company “supports the free and open exchange of thoughts and ideas,” but it would not cooperate with authorities’ requests for information. Many in the tech industry have cited “human rights” concerns as the main driving factor behind such decisions.

The spokesperson added that Zoom is “actively monitoring the developments in Hong Kong SAR (Special Administrative Region), including any potential guidance from the US government. We have paused processing any data requests from, and related to, Hong Kong SAR.”

Professional networking platform LinkedIn also announced on Tuesday that it would not fulfil data requests from Hong Kong authorities.

The platform drew heavy criticism for suspending the accounts of opposition figure Lee Cheuk-yan and others, as well as disrupting or suspending Tiananmen Square protest commemoration events due to be held on Zoom.

“If people are law-abiding and never think about endangering national security there is no cause for concern ever,” Hong Kong’s Chief Executive Carrie Lam said of the new rules.

Beijing enacted the national security law to prevent, stop and punish any and all behavior it deems a threat to national security, including attempts at secession or forms of foreign interference or terrorism.

It also gives the police sweeping new powers, including warrantless searches, the ability to freeze assets, to intercept communications and to force internet service providers to remove information which breaches the new national security law.

Meanwhile, TikTok has announced it will pull its app from Hong Kong app stores and will also no longer comply with data requests.

Owned by China-based ByteDance, the social media giant denies sharing user data with Chinese authorities and claims it does not intend to do so anytime soon.

The announcement comes as US Secretary of State Mike Pompeo said Washington is considering banning Chinese social media apps in yet another deterioration of relations between the US and China. 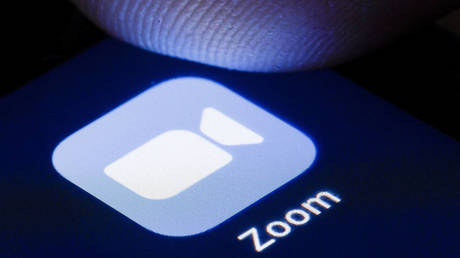