Zoom fails to publish transparency report, delays it until ‘later’

Zoom fails to publish transparency report, delays it until ‘later’

Following months of privacy concerns raised by both state and private actors, online video company Zoom, which has seen its user numbers spike during the Covid-19 pandemic, has missed its own transparency report deadline.

Zoom announced last month that it would publish a transparency report on June 30. The move followed the company admitting that it had briefly suspended some US-based accounts and that of a Hong Kong activist at the behest of the Chinese government.

The accounts were suspended due to the content of the calls, with one speaking on the anniversary of the Tiananmen Square protests, which remain a highly sensitive topic for Beijing. In a press release, Zoom stated that the virtual commemoration meetings were “illegal in China.”

Although it has proven invaluable as a communication tool to help offset the social distancing requirements of Covid-19 containment, questions remain as to where the company’s loyalties lie. This is why Zoom announced the transparency report in the first place, in the hopes to placate concerns and share the company’s dealings with state actors.

Zoom had promised that by June 30 we would know how many demands for user data the company has received by governments around the globe. However, an earlier – but newly-updated – company blog post now states that this information will not be released until “later this year,” signalling to the public that there is now no firm date for when this information will be shared.

In the new blog post released, CEO Eric Yuan announced the end of a 90 day-period wherein the company was focusing solely on improving privacy on the platform. Whilst the period was “fruitful” it was, Yuan states, “just a first step.” He also referenced a new guide for how the company will begin handling government requests moving forward. 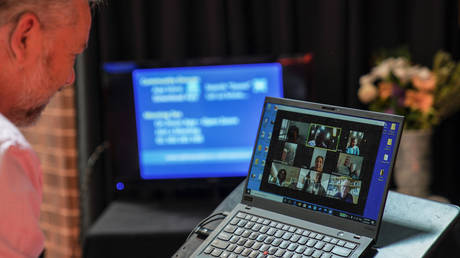 One in three nurseries in Britain’...