Close
Trending News
HomeWorldYour dreams are a continuation of your reality according to new, massive study

Your dreams are a continuation of your reality according to new, massive study

Your dreams are a continuation of your reality according to new, massive study

A groundbreaking new study of over 24,000 dreams has provided the strongest evidence yet that our dreams are a continuation of our waking lives, with certain recurring elements shared between our sleeping and everyday selves.

“Most dreams are a continuation of what is happening in everyday life,” say the researchers led by computer scientist Alessandro Fogli from Roma Tre University in Italy.

The scientist explained that everyday life influences what you dream about and vice versa. So anxiety in life leads to anxious dreams, while on the positive side, dreaming can help solve problems that present themselves during waking hours.

On the one hand, traditional psychological analysis of dreams dates back to the days of Freud, who posited that the hidden meanings of dreams could be revealed through analysis of their waking experiences in the real world.

On the other hand, modern dream analysis looks for symbols, metaphors, structures and characters which might correspond to other parts of a person’s life.

Such methodologies include the Hall and Van de Castle system, which codifies all of the aforementioned elements and explores how they interact with each other in the dreamworld. This is, however, an extremely slow and time-consuming process, as evidenced by Christopher Nolan’s film Inception.

Dream scientists have long sought an algorithmic solution to automate the task of sifting through dream reports, the academic equivalent of counting sheep, which is exactly what Fogli and his team undertook to accomplish at scale.

The researchers devised a way to track large numbers of dreams at scale, by parsing the language from dream reports of 24,000 dreams contained in a giant public database called DreamBank. More specifically, they honed in on characters, social interactions, and emotional words to search for recurring patterns.

These three dimensions are considered the most important aspects of dream interpretation, defining the overall “plot.”

The team used a specially designed language processing tool to parse the reports and then compared the tool’s findings against the hand-written reports of dream experts, with a 75 percent match.

This evidence strongly supports the continuity hypothesis, that dreams are merely a continuation of our waking lives, as there were high instances of “statistical markers” which reflected what the dreamers experience in their waking lives.

It is by no means the definitive answer for the meaning of our dreams, but paves the way for future, more in-depth analysis now that the grunt work is out of the way.

The scientists also claim the research may also make it possible to “build technologies that bridge the current gap between real life and dreaming.” Christopher Nolan, eat your heart out. 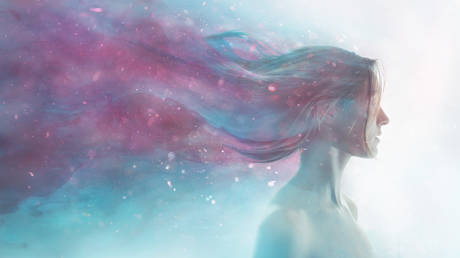