The Swiss government has confirmed media reports that a 51-year-old woman who died after she fell from a residential building in the wealthy Tehran suburb of Kamraniyeh was its embassy’s first secretary.

“The FDFA [Swiss foreign ministry] confirms that a Swiss employee of the Swiss Embassy in Tehran died in a fatal accident on Tuesday,” the ministry in Bern said in a statement.

“The FDFA and its head Federal Councillor Ignazio Cassis are shocked by the tragic death and express their deepest condolences to the family,” the statement read, without identifying the victim by name.

A spokesman for Iran’s emergency services, Mojtaba Khaledi, confirmed the woman’s first secretary role at the embassy to the semi-official news agency Mehr, but did not reveal her name.

“It is not yet clear whether this person committed suicide or whether the fall was just an accident, but the time of her death has long passed,” he said.

The woman fell from the Kamraniyeh Towers, a high-rise block in the north of the city, where she lived on the 18th floor, according to another semi-official news agency, ILNA.

She was the second-highest-ranking employee at the Swiss embassy, which has represented the US in Iran since Washington severed relations with Tehran following the 1979 revolution. 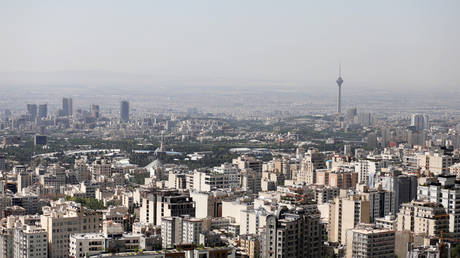