The head of the World Health Organization (WHO) has called on nations to not administer Covid booster shots until at least the end of September, in an effort to first ensure a base level of vaccine coverage across the globe.

Speaking on Wednesday, WHO chief Tedros Adhanom Ghebreyesus said vaccine producers need to “prioritize” the COVAX facility, the global Covid-19 shot sharing initiative. The UN health agency is one of the director organizations of the program.

He stated that there needs to be an “urgent reversal” of current trends so the majority of vaccines are rediverted from high-income countries to poorer nations.

“Accordingly, WHO is calling for a moratorium on boosters until at least the end of September, to enable at least 10% of the population of every country to be vaccinated,” he stated.

Tedros called on “everyone with influence,” including Olympic athletes, investors, business leaders, and faith leaders to support the WHO in their quest for a moratorium.

He noted that while there was concern about the Delta variant, which may reduce the effectiveness of some vaccines, there were multiple ways of slowing the spread of the virus.

Last week, Israel’s president, Isaac Herzog, kicked off the state’s booster shot campaign for over-60s by receiving his own third dose of Covid vaccine. Other nations, including the UK and US, have announced plans for booster programs in the autumn. 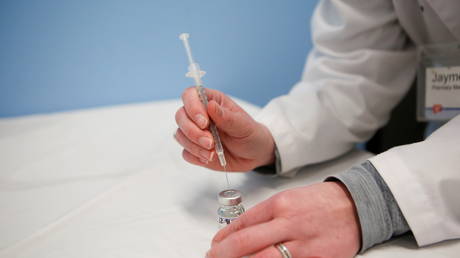 Protesters hit streets of Beirut a...