An independent investigation into allegations of sexual abuse perpetrated by World Health Organization (WHO) staff in the Democratic Republic of Congo has criticized the agency for “clear structural failures” over the complaints.

The report focused on allegations of abuses committed by WHO personnel who were hired locally, as well as some of its international staff deployed to the country while the agency was fighting an Ebola outbreak in the DRC between 2018 and 2020.

The investigation interviewed numerous women who said they were subjected to abuse, with the report saying it had established “with certainty” that 21 out of 83 identified alleged perpetrators were WHO workers. The findings come after media reports exposed concerns that senior WHO figures failed to halt harassment or exploitation.

The report, which claimed abuses occurred due to “clear structural failures” and “individual negligence,” left the WHO’s regional director for Africa, Matshidiso Moeti, “humbled, horrified and heartbroken,” she said at a press conference on Tuesday.

WHO Director General Tedros Adhanom Ghebreyesus described the report as “harrowing,” and said he is “sorry” for the actions of “people employed by the WHO to serve and protect” citizens in the Congo.

Tedros appointed independent investigators to handle complaints raised in October 2020 about the actions of humanitarian officials in the region, which the WHO chief had stated at the time left him “outraged.”

One of the alleged victims, named only as Shekinah, stated following the report’s release that she would like her attacker to “be punished severely, so that it will serve as a lesson to other untouchable doctors of the WHO.”

Julie London, from the Congolese Union of Media Women, which has supported victims of alleged abuse, called for compensation from the UN agency, stating that the “WHO must also think about reparation for the women who were traumatized by the rapes and the dozens of children who were born with unwanted pregnancies as a result of the rapes.” 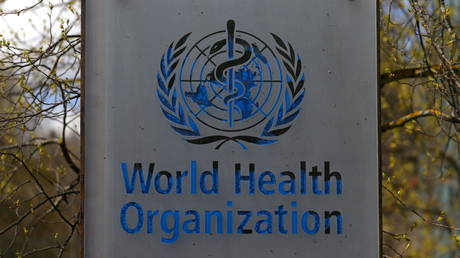 PS5 restock updates: Where to buy PlayStation 5 in UK and US NOW – including Argos, GAME, Best Buy, and Walmart

Britain WON’T be plunged into fresh Covid lockdown and there’s no need to trigger Plan B, says minister