The World Health Organization (WHO) has opened an air bridge with Afghanistan, the health agency said on Monday, allowing for the delivery of medical supplies to the country for the first time since the Taliban seized control.

Announcing the arrival of the shipment, the WHO’s regional director for the eastern Mediterranean, Ahmed Al Mandhari, declared that “for now” the UN agency will be able to continue providing health services to people within Afghanistan.

After days of non-stop work to find a solution, I am very pleased to say that we have now been able to partially replenish stocks of health facilities in Afghanistan.

The shipment of more than 12 tons of medical and health supplies, including trauma kits, arrived on Monday and is sufficient to provide support for more than 200,000 people, according to a statement from the agency. The supplies will be distributed to restock 40 health facilities across 29 Afghan provinces.

The opening of the air bridge comes after the WHO warned early last week that it only had a week’s worth of supplies left in Afghanistan due to the inability to deliver new shipments to the country following the Taliban’s takeover. The WHO has managed to provide food and medical supplies to roughly 300,000 people in the country within the past two months, it said, but restrictions at Kabul airport blocked an attempted delivery on August 23. 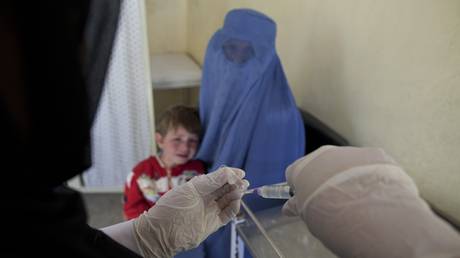