The majority of the world’s countries agreed to take part in the global scheme designed to distribute Covid-19 vaccines at the lowest price possible, the head of the World Health Organization has revealed.

Under the COVAX plan, 2 billion doses of the vaccine will be distributed across the globe by 2021, WHO chief Tedros Adhanom Ghebreyesus said. The program aims to ensure “equitable access” to Covid-19 vaccines and make the price “as low as possible.”

Ghebreyesus said that as of today, 172 countries, representing the 70 percent of the world’s population, have signed up for the program. International cooperation is the key to combatting the coronavirus, the WHO head said.

Vaccine nationalism only helps the virus. The success of the COVAX facility hinges not only on countries signing up to it, but also filling key funding gaps.

“There is light at the end of the tunnel. As I said last week, together we can do it,” he stated.

Companies in various countries have been developing vaccines for Covid-19 since the start of the outbreak. Six anti-viral drugs are currently undergoing Phase 3 trials, according to WHO data.

Earlier this month, Russia became the first nation to register a vaccine with its regulator. Although it was done before the crucial Phase 3 trial was completed, Alexander Gintsburg, the top official behind the vaccine, told RT that more than 3,500 people inoculated with it showed no serious negative effects. 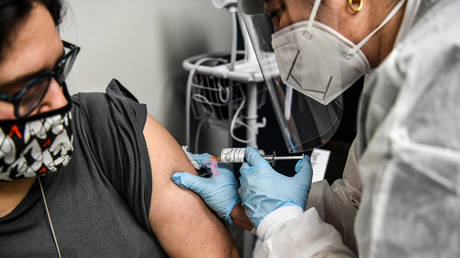 Zoom ‘investigating’ as eastern US...