Facebook-owned WhatsApp is having money issues. Its long-awaited WhatsApp pay feature, which would allow individuals and businesses to conduct secure transactions through the app, has been blocked by Brazil’s Central Bank. The bank offered no further explanation as to why it had decided to halt the service, other than it would give it time to evaluate any possible risk to the country’s current payment systems.

Apparently, the decision aims to “preserve an adequate competitive environment that ensures the functioning of a payment system that’s interchangeable, fast, secure, transparent, open and cheap,” according to a statement on the bank’s website. It has since asked Mastercard Inc. and Visa Inc. to halt any payments made through the app, with fines issued in the case of noncompliance.

In many ways, the blow is history repeating itself. Last year, WhatsApp’s pay service was touted to launch in its biggest market, India, where the app is used by more than 400 million users. However, after launching to just a million of those users, it failed to meet India’s regulatory standards, with a further roll-out being halted as a result.

Now, WhatsApp has been hit in its second biggest market too. It’s been viewed by some in the media as a “trojan horse” for Facebook, when it comes to payments. Competing with the likes of China’s WeChat – an app that houses almost all of its users’ needs, from social through content to payment – Facebook has had to step up its offerings to businesses and users to stay relevant.

That this payment service was planned to launch less than 18 months after WhatsApp Business is likely no coincidence. WhatsApp’s commercial platform is used by five million merchants worldwide and allows companies to directly communicate with their customers through the app.

By combining the two, Facebook would have created an undeniably useful offering for businesses of any size. Instead, it faces yet another hurdle in getting its peer-to-peer payment system off the ground, and the question remains as to whether it will ever be able to successfully crack the digital payments market.

In March, Facebook announced changes to its plans for its own cryptocurrency, the Libra. It was initially intended to center on the company’s own digital payments project, but, following intense regulatory pressure, it was forced to backtrack and support other existing government-backed currencies instead. 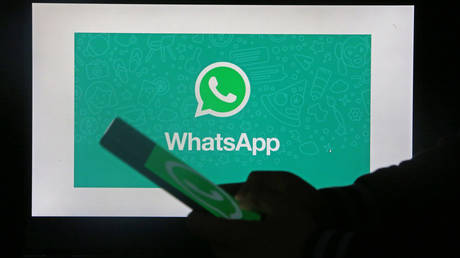 US considering imposing billions i...