Users of Facebook-owned messenger service WhatsApp are reporting outages around the globe, sending many scurrying onto other social media platforms to complain.

WhatsApp users in nearly a dozen countries including the US, Brazil, Germany, India, UK, France, Netherlands, Lebanon, and Mexico have been reporting outages since about 4pm EST, according to DownDetector, which tracks social media outages.

Everyone opening Twitter to check if WhatsApp is down😂 #whatsappdown pic.twitter.com/EFNENKSo2a

Thousands of users took to Twitter to complain and find out whether they were alone in not being able to connect. Many reported they were stuck on the “connecting” screen and could not access their new messages. At one point, more than 6,000 users were reporting outages to DownDetector. 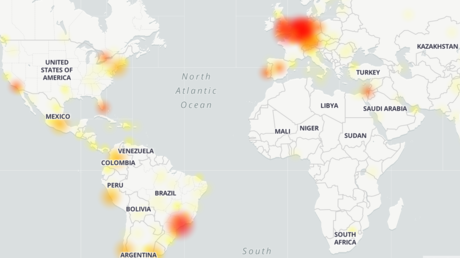