Close
Trending News
HomeWorld‘We’re just a pile of misery’: Victims of Germany’s child molesting ‘experiment’ tell RT of their nightmare that lives on

‘We’re just a pile of misery’: Victims of Germany’s child molesting ‘experiment’ tell RT of their nightmare that lives on

‘We’re just a pile of misery’: Victims of Germany’s child molesting ‘experiment’ tell RT of their nightmare that lives on

Decades ago, they fought for survival every single day – now they have to motivate themselves to live. RT listened to heartbreaking memories of two German men placed in the foster care of a known pedophile by Berlin authorities.

Last month, a damning report by Germany’s University of Hildesheim revealed that the Berlin Senate orchestrated a crackpot scheme that saw vulnerable children being placed in the care of known pedophiles for decades.

This was a part of a harrowing “experiment” by controversial sexologist Helmut Kentler, whose perverted teachings claimed that sexual contact with adults does no harm to children. Pedophiles taking care of them would only “emancipate” their “sexuality,” as Kentler repeatedly put it in countless books and on TV.

He earned fame as a “progressive visionary” and became the darling of left-wing politicians, including West Berlin Mayor Willy Brandt, the future German chancellor.

Two victims of Kentler’s “experiment,” identified as Marco and Sven, told RT that it “was like we were being put up for sale.”

Their future foster father, Fritz H. as he came to be known in the German media, was kind and “tried to win us over” when they first met – perhaps like a hunter not wanting to scare away his prey.

He seemed to be friendly, unlike the real him.

Then it was whether he wanted to take us or not. We were not asked, we simply had to go,” Marco said. For him, the years-long nightmare began in a hospital where he first met Fritz, who Kentler described as an “expert” in child care. “A month later I was in his care. I didn’t even know I had been sent there,” he revealed.

What the boys didn’t know either was that the man was actually a convicted pedophile who lived alone in West Berlin. His criminal record didn’t stop the city youth welfare authorities from placing vulnerable children in his care on numerous occasions between the early 1970s and 2003.

Fritz’s victims – some as young as six or seven – suffered unspeakable horrors while at his mercy. Several were sexually abused and raped, with one disabled boy dying in his care.

Both Marco and Sven said living with the pedophile was “a daily battle to survive.” The “total psychopath” would viciously exploit their greatest fears to force them into doing “things we wouldn’t normally do.”

The victims were told there was nothing criminal in the abuse as “he is our father and we were young.” Yelling and punching was part of the boys’ everyday routine, which sometimes resembled the practices of an oppressive cult.

“He always said he didn’t beat us but the devil in us,” Marco said, adding that the physical violence tied them even stronger to their abuser. Both men agreed that “the worse the treatment, the more you felt this person was important to you” – textbook tactics totalitarian sects are said to use on members.

Marco and Sven spent years in total isolation. Fritz didn’t give them a proper education as he would have lost his caretaker status; he also prevented them from acquiring basic social skills like paying bills or renting an apartment. But there’s something more appalling that is “buried deep in our subconscious,” they say.

Every day you fight with yourself and have to motivate yourself to want to live on. When you lie in bed in the evening and these memories overwhelm you, sometimes you don’t want to live.

“Our lives have been destroyed, we are unable to work and we have become aware that we are just a pile of misery,” Marco said, with Sven adding bitterly, “I was and am a product of a child molester.”

The two men tried to hold accountable those who they say were complicit in ruining their lives, namely, executives of the Berlin Senate. But they are now waging an uphill battle, it turns out. The Senate tried to offer them €10,000 in compensation but seemed reluctant to press any charges.

Both victims are skeptical about the notorious report by the University of Hildesheim. Their experts were approved by the Senate itself, which seems “like a robber investigating his own robbery,” Sven said. He insisted there must be a further probe into “one of the greatest crimes of the post-war era.” 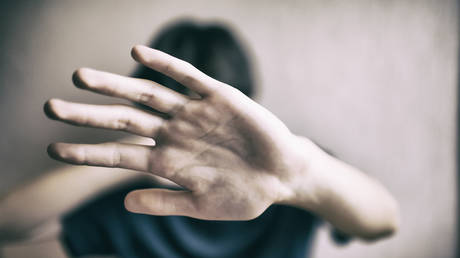