‘We will not surrender’: Iran vows to make more oil despite crippling US sanctions

‘We will not surrender’: Iran vows to make more oil despite crippling US sanctions

The American “maximum pressure” policy will not prevent Iran from boosting its fuel production capacities, a senior government official maintained, as he inaugurated a massive oil extraction project in the country’s southwest.

“We will go ahead despite all these sanctions,” Iranian oil minister Bijan Zangeneh said on Saturday, speaking ahead of the signing of a $294 million deal between the National Iranian Oil Company and Iran’s Persia Oil & Gas. The massive contract focuses on extracting 39.5 million barrels of crude from the Yaran oilfield in Khuzestan province.

The deposit, shared between Iran and Iraq, houses an estimated 550 million barrels of oil, according to Bloomberg. Tehran enlisted domestic companies after the Trump administration introduced a sweeping sanctions package that sought to tear down Iran’s oil industry. Sanctions will, therefore, have little effect on the ground, Zangeneh said.

We will not surrender under any circumstances … We have to increase our capacity so that, when necessary, with full strength, we can enter the market and revive our market share.

Notwithstanding those assurances, the sanctions have dealt a heavy blow to the Islamic Republic’s crude extraction and exports. Reuters reports that exports now stand at an estimated 100,000 to 200,000 barrels per day (bpd) – down considerably on the more than 2.5 million bpd that Iran exported in April 2018, not long before the US announced that it would withdraw from the 2015 nuclear deal and re-impose economic penalties.

Nevertheless, Iran’s oil industry has managed to keep afloat despite the enormous pressure and shrinking oil prices that have hit fellow members of the OPEC+ conglomerate of late. In a recent twist, Tehran sent five tankers to crisis-hit Venezuela, triggering fury – but no coercive actions – from the US. 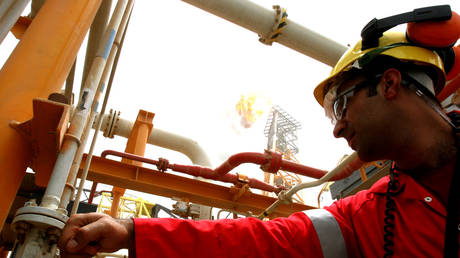