The inmates were caught on film from CCTV cameras while fleeing from a tunnel they dug.

Police said the fugitives had been digging a tunnel towards a health center nearby, until they reached a water gallery. They group fled around 6:30am local time. Military Police captain Guido Benjamin told local media that inmates escaped in ordinary outfits, so they urged the public to be on the lookout for suspicious individuals in muddy clothes. He added that it is believed that the group had support from someone outside the jail, as they had an escape vehicle.

Officers already recaptured five of the prisoners, but the others are still at large.

This follows an incident in August in which 16 detainees managed to flee through a tunnel, although in that case, police caught the last five of them inside the tunnel before they could escape. 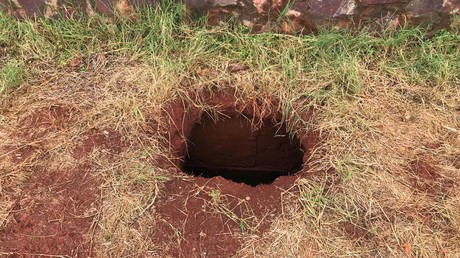