A customs office on Iran’s border with Afghanistan went up in flames, sending torrents of black smoke into the desert sky. The blaze, which was captured on video, is believed to have started at a fuel reservoir.

Local media say the fire originated at a fuel reservoir, and damaged four fuel trucks. The customs post itself is located in the village of Mahirud in Iran’s South Khorasan Province, which borders Afghanistan’s Farah province to the east.

There has been no information on any casualties so far. 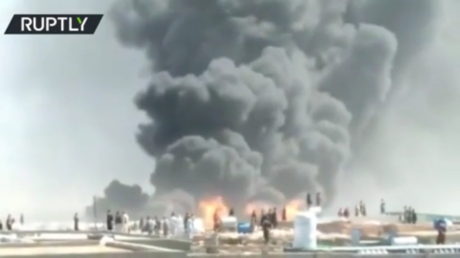