Following years of negotiations, jihadists in Mali have released several high-profile international hostages, including the last French citizen held anywhere in the world and a top Malian politician, in a major prisoner swap.

Four hostages, including an elderly French aid worker, two Italians and a high-profile Malian opposition leader and former minister, were released by Jihadi militants in Mali, the government announced on Thursday night.

This comes after some 180 suspected extremists were reportedly freed by Malian authorities last weekend, prompting rumors that a prisoner swap was underway. Neither the African country’s government or the French authorities officially confirmed or denied these reports until the hostages were released.

French aid worker Sophie Pétronin, 75, who was abducted by gunmen on 24 December 2016 in the northern city of Gao, was among the four hostages freed. She was the last French citizen held by jihadists.

French President Emmanuel Macron took to Twitter to express his joy. “Sophie Pétronin is free. Held hostage for nearly four years in Mali, her release is a great relief,” he wrote.

“I spent six months in…very difficult living conditions, in almost permanent isolation, but I must confess that I was not subjected to any violence, neither physical nor verbal,” Cissé told ORTM, Mali’s state broadcaster.

Hostage negotiations between the French and Malian government and the jihadists were jeopardized in August, when a military junta overthrew President Ibrahim Boubacar Keita. However, the interim government, set to be in power in Mali for 18 months until elections can be held, managed to seal the deal with the al-Qaeda-affiliated insurgents.

Cissé’s kidnapping was one of myriad factors that prompted the overthrow of the government, as people expressed their anger at the lack of progress in tackling the threat posed by the Islamist insurgency in the country, which has cost so many lives.

He served as Mali’s finance minister in the 1990s and unsuccessfully ran for president three times, most recently losing to overthrown leader President Ibrahim Boubacar Keita, in 2013 and 2018.

The Islamist insurgency began in Mali in 2012 and has killed, injured or displaced thousands of people since. France has stationed about 5,100 soldiers in Africa’s Sahel region and its citizens are often targets for kidnappings, as ransom money from European nations form a large part of the insurgency’s funding. 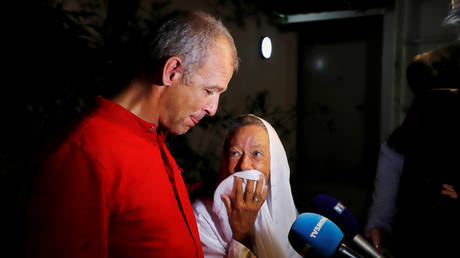