Close
Trending News
HomeWorldWashington must correct wrongdoing, Beijing says, but China is open to dialogue with US on climate change and other issues

Washington must correct wrongdoing, Beijing says, but China is open to dialogue with US on climate change and other issues

Washington must correct wrongdoing, Beijing says, but China is open to dialogue with US on climate change and other issues

The Chinese government has called on the US to correct its wrongdoing and take steps to get relations between the two superpowers back on track, adding that Beijing is open to discourse on climate change and other issues.

The Chinese Foreign Ministry said in a statement that high-ranking diplomat Yang Jiechi told visiting American climate envoy John Kerry on Thursday that Beijing was open to cooperation and dialogue, but this came with a condition.

China’s top diplomat also urged the US to make efforts to improve relations. Washington must “correct wrongdoings” and get things back on track as soon as possible, he stated.

Climate change is not the only topic Beijing is willing to discuss. Yang, according to the Foreign Ministry, told Kerry that China is also prepared to enter into dialogue on issues relating to epidemic prevention as well other international and regional challenges.

Kerry reiterated Washington’s commitment to improving relations, noting that the US was very much ready to strengthen dialogue and enhance cooperation with the aim of tackling climate change.

While Kerry and his Chinese counterparts engage in discourse on the topic of climate change this week, hoping to find some common ground ahead of the United Nations Climate Change Conference in Glasgow this November, relations between the two superpowers appear to be worsening further.

On Wednesday, Chinese Foreign Minister Wang Yi said that American antagonism in other areas may reduce Beijing’s willingness to cooperate on climate change.

“The United States should stop regarding China as a threat and adversary,” Wang told Kerry, adding that Beijing could not possibly separate climate change issues from other geopolitical tensions.

China’s remarks come after a summer in which extreme climate events appeared more frequent than ever, from heatwaves in the Mediterranean to numerous deadly floods in India and China. 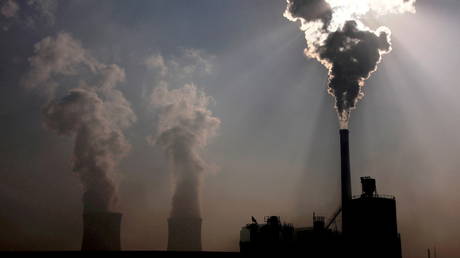