Rival governments have announced a truce across civil-war-torn Libya, urging an end to foreign involvement and to the flow of mercenaries into the conflict.

Fayez al-Sarraj, the head of the UN-backed, Tripoli-based Government of National Accord (GNA) “issued instructions to all military forces to immediately cease fire and all combat operations in all Libyan territories,” a statement said.

The GNA called for setting up a demilitarized zone in the coastal city of Sirte and in Jufra in central Libya. The goal is to impose “full sovereignty over the Libyan territory and the departure of foreign forces and mercenaries,” al-Sarraj said.

Al-Sarraj also urged the holding of a presidential and a parliamentary election in March 2021.

Aguila Saleh Issa, the head of the Tobruk-based parliament, the House of Representatives, supported the ceasefire, calling it a necessary measure to prevent foreign involvement in the conflict. He said that Sirte will serve as the temporary seat of a new presidential council, guarded by police units from different parts of the county.

The acting head of the UN mission to Libya, Stephanie Williams, welcomed the announcement of a truce as “a hope for forging a peaceful political solution.”

Libya has been plagued by the devastating civil war since 2011, when its long-time leader Muammar Gaddafi was toppled and killed, in a NATO intervention. 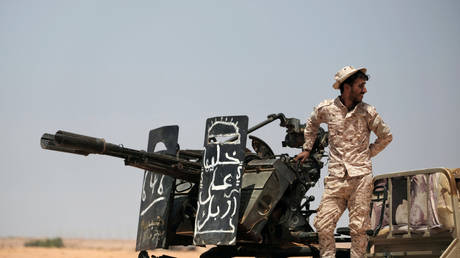