In response to the report, Reynolds revealed she had discussed disbanding the Special Air Service Regiment’s second squadron with the chief of the army over a culture that contributed to criminal conduct, although she urged Australians not to judge the entire military for one section’s behavior.

I was like every other Australian who watched that. I was totally and utterly shocked and mortified. I got the report two weeks ago and it made me physically ill.

The defense minister’s condemnation of the “absolute clear-cut murder and war crimes” added to the long list of criticism from political and military figures in response the publication of the report. On Thursday, Chief of the Defense Force Angus John Campbell described the findings as a serious breach of military conduct, and Prime Minister Scott Morrison warned citizens that the report would be difficult to read.

The federal government has announced that it will establish an oversight panel of three highly qualified Australians, moving the responsibility away from the Australian Defense Force chain of command, to maintain accountability and transparency.

The report, completed after a four-year investigation by Paul Brereton, a judge and major general, alleged that 25 Australian special forces personnel killed 39 unarmed prisoners and civilians in Afghanistan in 23 separate incidents, referring 19 current and former soldiers for potential criminal prosecution.

The investigation claimed new Special Air Service (SAS) patrol members would shoot a prisoner in order to achieve their first kill, a practice known as ‘blooding’. 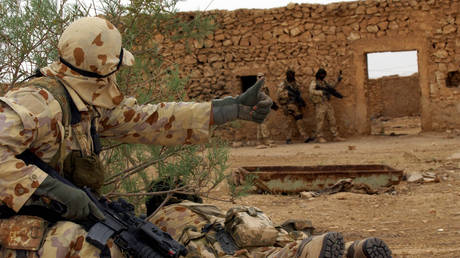