A new deal signed between NASA and Virgin Galactic will see Richard Branson’s company buying up seats on spacecraft headed for the International Space Station, while finding and training private astronauts to occupy them.

NASA is seeing a “greater demand” for scientific and commercial use of the ISS, Virgin Galactic said in a statement on Monday. In order to fulfill this demand, the company promised to develop the so-called “private orbital astronaut readiness program,” which will include identifying private clients willing to go the station, providing them with the means to get there as well as with in-orbit and on-the-ground resources.

The training program for commercial astronauts is expected to utilize VSS Unity, a spaceplane developed by Virgin Galactic for suborbital flights. Despite not reaching orbit, it still provides a similar experience to an orbital spacecraft, allowing passengers to “become familiar with the environment in space, such as G-forces and zero-G.”

The company has already sold more than 600 tickets for the VSS Unity, at prices of between $200,000 and $250,000 per ticket. However, the spaceplane is yet to perform its first flight with a client aboard.

The partnership with Virgin Galactic directly supports NASA’s “broad strategy to facilitate the commercialization of low-Earth orbit by US entities,” the US space agency told the Verge.

The size of the deal hasn’t been announced, but shares in Virgin Galactic went up by 13 percent in premarket trading after the news broke.

NASA’s trust in private firms has apparently been boosted after the Crew Dragon spaceship, built by Elon Musk’s SpaceX, became the first US spaceship to deliver astronauts to the ISS in nine years in late May.

Since the shutdown of the Shuttle Program in 2011, the Americans had only been able to rely on Russia’s Soyuz ships for manned space flight.

It wasn’t mentioned in Virgin Galactic’s statement, but the only two options for the company to book flights to the ISS for its clients are currently Soyuz and Crew Dragon. They may be joined by Boeing’s Starliner if its first mission, planned for next year, is a success. 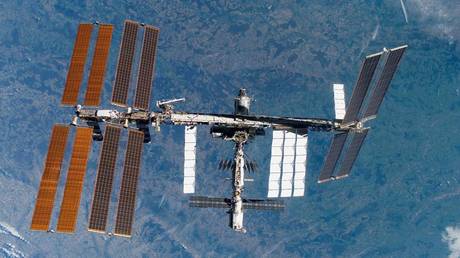