Pope Francis has added his voice to those objecting to the museum status of Istanbul’s famous Hagia Sophia having been revoked. Originally a Byzantine Christian church, the Turkish government has turned it back into a mosque.

“My thoughts go to Istanbul. I’m thinking about Hagia Sophia. I am very distressed,” the pontiff said, in the Vatican’s first reaction to the decision taken by the Turkish authorities. The brief remark made during a Sunday prayer marking the International Day of the Sea saw the Pope add his voice to the growing chorus from other Christian churches worldwide that have expressed concern over the move.

Earlier, the World Council of Churches, a Geneva-based organization comprising numerous Protestant, Orthodox and Anglican institutions, expressed “grief and dismay” over the development, adding that Hagia Sophia had, until now, been “a place of openness, encounter and inspiration for people from all nations.”

The Russian Orthodox Church, which had previously called on Ankara to maintain the iconic building as a museum, criticized its conversion into a mosque and accused the Turkish authorities of playing politics. It said that Hagia Sophia’s importance for Orthodox Christians rivals that of St. Peter’s Basilica in Rome for Catholics.

The colossal building, constructed in the sixth century as a Christian cathedral, was turned into a mosque by the Ottomans when they conquered Constantinople – now Istanbul – in 1453. In 1934, the secular government led by Mustafa Kemal Ataturk, the founding father of the modern Turkish state, decided to make it a museum.

Following a court ruling on July 10 annulling the decision, President Recep Tayyip Erdogan issued a decree to make the UNESCO World Heritage Site a mosque once again. The Islamic call to prayer is expected to ring out from it again on July 24.

Erdogan said his decision would not be revoked, despite international pressure, and offered reassurances that non-Muslims would still be able to access the iconic site. 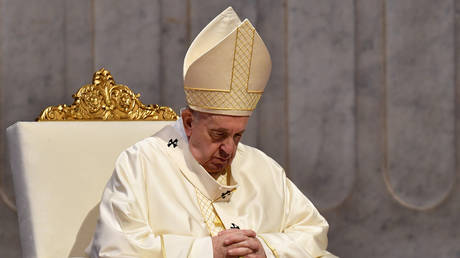