Mobile devices used by personnel at Russian military sites, government premises and foreign embassies in Moscow were reportedly shadowed by researchers who used commercially available software as part of a Pentagon-funded study.

According to the Wall Street Journal, a research team based in Starkville, Mississippi deployed a little-known spying tool called Locate X to snoop on as many as 48 mobile phones that were going online back on August 9, 2019 – a day after a powerful blast rocked the Russian Navy’s secretive testing ground near the northern city of Severodvinsk.

The tracking experiment, carried out for the Mississippi State University, was apparently to demonstrate to the US military how commercially available phone data could be turned towards other ends, including gathering valuable intelligence.

Employing GPS location data usually extracted from mobile apps like games or weather services, they tracked the movements of those phones over a period of time, the WSJ reported, citing study logs.

Some devices reportedly traveled to Moscow and St. Petersburg, as well as Severodvinsk and Arkhangelsk – home to military command centers – while two more were spotted in Cuba and Azerbaijan.

The choice of the target could be partly explained by the nature of the incident. The 2019 explosion triggered a brief spike in radiation levels, with the readings returning to normal shortly afterward.

But the secrecy surrounding the incident generated panicked international headlines, fueled by conspiracy theories that authorities were trying to cover up nothing less than another Chernobyl.

Researchers also tracked phones at Russian government buildings and foreign diplomatic missions in Moscow. While the Journal itself stressed that the trackers weren’t “professional intelligence analysts,” spy agencies may have left some fingerprints on the project.

Babel Street, a cybersecurity firm that made the mobile phone tracking tool Locate X, has sold its products to nearly every major defense or intelligence agency – among them the CIA, the NSA, the DHS and the US Cyber Command.

While the WSJ revelations are far from sensational (tracking mobile phone data is commonplace in espionage), it comes at the time when the Russiagate row is still brewing.

The case, alleging that Moscow attempted to meddle into 2016 US presidential elections and also backed the candidacy of Donald Trump, has received a new spin just recently. It emerged that the FBI was aware that the infamous dossier – written by British ex-spy Christopher Steele and used as a pretext to snoop on the Trump campaign – was unreliable.

It was also revealed that the New York Times published false information about the ‘Russiagate’ probe, when it alleged that Trump’s team contacted Russian intelligence officials on numerous occasions. 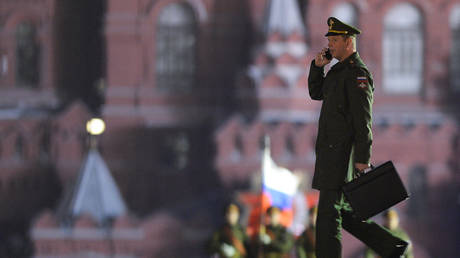