US efforts to trigger the return of UN sanctions on Iran have been dismissed by the president of the Security Council, who cited a lack of consensus among the body’s 15 members to enact such measures.

Speaking during a council meeting on the Middle East on Tuesday, the current president – Indonesia’s UN ambassador – responded to questions from Russia and China on the Iran sanctions issue to say that the body is “not in the position to take further action” on the ‘snap back’ request.

Responding to the council president’s comments on Tuesday, US Ambassador to the UN Kelly Craft said that “the Trump administration has no fear in standing in limited company on this matter.”

“I only regret that other members of this council have lost their way and now find themselves standing in the company of terrorists,” she added.

The majority of UNSC members voiced their opposition to the reintroduction of sanctions last week after US Secretary of State Mike Pompeo formally requested the move, with the US claiming that Tehran violated the 2015 Joint Comprehensive Plan of Action (JCPOA).

Russia, China, the UK, France and Germany – who are all signatories to the Iran nuclear deal – responded by saying that they did not recognize the move given that the US had withdrawn from the agreement. 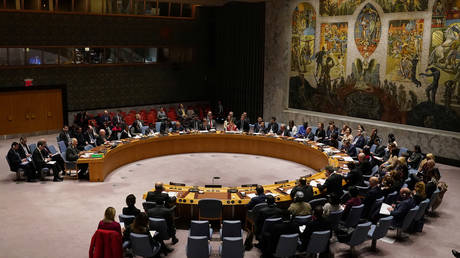 Brilliant new SIM deal gets you 10...

Grand theft agua: Up to HALF of wo...