The current pace of Ethiopian refugee arrivals in Sudan is faster than has been seen in the last two decades, the United Nations refugee agency warned on Tuesday, as thousands of people fled ongoing fighting in Tigray region.

A full-scale humanitarian crisis is unfolding in eastern Sudan, according to the UN High Commissioner for Refugees (UNHCR), after more than 27,000 people crossed the border. Refugees have been crossing in high numbers for the past week, to escape from the fighting in Tigray.

“Women, men and children have been crossing the border at the rate of 4,000 per day since November 10,” UNHCR spokesperson Babar Baloch said. After nearly two weeks of conflict, the humanitarian response capacity on the ground is being overwhelmed.

UNHCR and humanitarian agencies are supporting the Sudanese government, delivering clean water and distributing relief items, including blankets and sleeping mats. The World Food Program and Muslim Aid are providing food and hot meals.
Sudan’s Ministry of Health has managed to set up two clinics with support from the Sudan Red Crescent.

Since Saturday, 2,500 refugees have been relocated from the border to Um Raquba settlement site, and UNHCR cited a “critical need” to identify more sites to move new arrivals away from the border area.

The conflict is also a concern for the Eritrean refugee population of nearly 100,000 in Tigray.

Ethiopia’s PM Abiy Ahmed said on Tuesday that a deadline for rebel northern forces to lay down their arms had expired, paving the way for a push on the Tigray region’s capital. 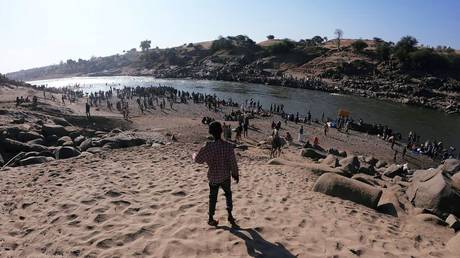