The United Nations (UN) has condemned the use of child soldiers after reports from Burkina Faso that a recent attack, in which over 130 people were killed in mass shootings and home raids, was carried out by kids as young as 12.

Spokesperson for the Burkinabe government, Ousseni Tamboura, said information gleaned during interrogations after the attack indicated that most of the assailants of the brutal attack on Solhan village were youths aged between just 12 and 14.

In response to the authorities’ claims, the UN branch dedicated to the rights and wellbeing of children, UNICEF, condemned the recruitment of child soldiers by terrorist groups as a “grave violation of their fundamental rights.”

The brutal attack on the northern village of Solhan occurred late at night on June 4, with the assault continuing into June 5. The perpetrators destroyed homes, set a market ablaze and shot scores of residents. According to the United Nations Human Rights Council (UNHRC), around 3,300 people managed to flee the unfolding attack in Solhan.

The official death toll stands at 132 fatalities, but the total number is reported to be over 160, with around 20 children among the deceased.

While no one has yet claimed responsibility for the attack, the Burkinabe government has said it suspects that Al-Qaeda sympathizers, specifically the Group to Support Islam and Muslims (JNIM), are responsible.

Burkina Faso has been plagued by an increase in terrorist attacks by Jihadi groups affiliated with Al-Qaeda for several years.

An estimated 40% of all child soldiers globally operate in Africa. It has been theorized that the reasons for deploying child soldiers are that they are seen as more “dispensible” than adults and often show greater loyalty to commanders than adults.

Since 2019, more than 1.2 million people living in Burkina Faso have been expelled from their homes due to turbulent conditions in the country. Over 80% of those displaced this year alone are women or children, according to the UNHCR. 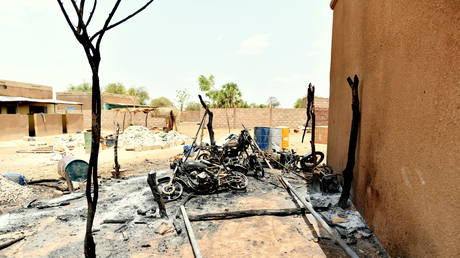