The Special Tribunal for Lebanon has convicted a suspected Hezbollah member for playing a lead role in the killing of Lebanese PM Rafik Hariri 15 years ago, but found no proof Syria or the militant group were behind the bombing.

Rafik Hariri, then prime minister of Lebanon – and a Sunni Muslim billionaire who enjoyed close ties with the US and Gulf monarchies – fell victim to a devastating bomb attack on February 2005. The blast destroyed his motorcade as it drove past the St. George Hotel in Beirut, killing Hariri and over two dozen people.

Over 15 years later, the Special Tribunal for Lebanon (STL), established by the UN, has handed out a 2,600-page verdict in The Hague where the court is headquartered.

The Tuesday hearing was centered around four defendants, all alleged members of the Lebanese Shiite militia group Hezbollah, who were tried in absentia since none of them was ever found by the authorities.

Three of the accused were acquitted due to the lack of evidence, but the fourth man, Salim Ayyash, was found guilty of possessing “one of six mobiles used by the assassination team” and of committing a terrorist attack and homicide. There was also evidence that Ayyash “had affiliation with Hezbollah,” Judge Micheline Braidy said, reading the 150-page verdict summary.

Over the years, several versions of what happened have been put forth attempting to pin the blame on the militant group as well as the Syrian government led by incumbent President Bashar Assad. However, investigators failed to prove they were complicit, the STL acknowledged.

While arguing that both Syria and Hezbollah “may have had motives to eliminate Mr. Hariri and his political allies,” there is no evidence “that the Hezbollah leadership had any involvement in Mr. Hariri’s murder and there is no direct evidence of Syrian involvement,” said Judge David Re.

The news comes as Lebanon is still reeling from the devastating port blast that killed over 200 people, injured thousands more, and caused unimaginable damage in the city. 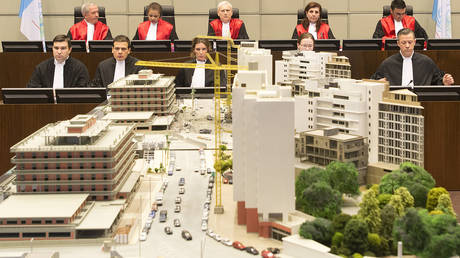 US & Brazil are biggest driver...