Close
Trending News
HomeWorldUK turns to Germany in bid to finally get its Covid-19 contact tracing app off the ground, ambassador says

Germany’s ambassador to the UK says British health services have reached out to their German counterparts to find a solution to the UK’s embarrassing predicament over its yet-to-be-launched coronavirus contact tracing app.

Diplomat Andreas Michaelis made the remark while speaking to BBC Radio 4’s ‘Today’ show about the success of Germany’s domestic contact tracing app, which relies on Apple and Google tech to trace people who may have contracted coronavirus because of their proximity to a confirmed case. “It works,” Michaelis said.

This is in stark contrast to the UK’s own app which, far from working, has been bogged down by myriad errors, ultimately leading to its cancellation.

Since the UK government announced on April 12 that “a new NHS app for contact tracing” was in the works, the UK’s system has gone through a traumatic journey.

Described by Prime Minister Boris Johnson on May 20 as “world-beating” and ready to be in place by June 1, the UK’s contact tracing system actually launched without a nationwide app, relying instead on human-powered contact tracing.

These Covid call centers contact individuals manually, based on testimonials from members of the public. Once contacted by the individual, a test is sent in the post. Then, if the individual is tested as positive, they are asked to provide details for people they have been in contact with.

By June 17, ministers were insisting that launching the ‘world-beating’ app was no longer the priority, and by the next day the UK had switched to the Apple/Google model.

This was a massive U-turn in approach to the tracing app issue. Whilst the Apple/Google model is a decentralized one in the interests of privacy, the UK had wished to have a centralized model, so that more data could be sourced in order to better understand the virus.

A similar strategy was undertaken in Germany, which initially aimed for the centralized model before later pivoting to the decentralized one. Since its launch on June 16, the German app has been downloaded more than 14 million times, which gives the nation a massive lead on the UK’s lackluster approach.

The UK’s app, tested initially on the Isle of Wight, cost £11.8 million to develop. During testing, it reportedly failed to detect 96 percent of contact with iPhones, rendering it useless. By contrast, the Apple/Google model traced 99 percent of both Android mobiles and iPhones, although it reportedly had some issues gauging the exact distance between contacts. 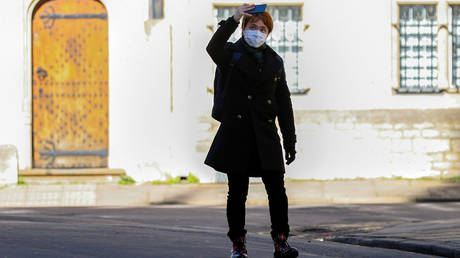