After the move, the UK government now has a total of six deals of this kind as the race for life-saving shots heats up.

Johnson & Johnson said its Janssen Pharmaceutica unit will supply the UK government with its candidate vaccine with an initial sale of 30 million doses on a not-for-profit basis for emergency pandemic use.

According to Novavax, the UK will buy 60 million doses of its coronavirus vaccine candidate, for a phase 3 clinical trial.

The latest agreements brings the UK’s total number of doses secured to 362 million for a population of 66 million, Reuters said. As the pandemic continues to rage, Britain and the United States are leading the global race to strike deals with drugmakers for vaccines, with six deals each so far.

On Tuesday Russia became the first country to grant regulatory approval to a Covid-19 vaccine, dubbed ‘Sputnik V,’ and a number of countries have already expressed their interest in purchasing it and announced plans to launch clinical trials. 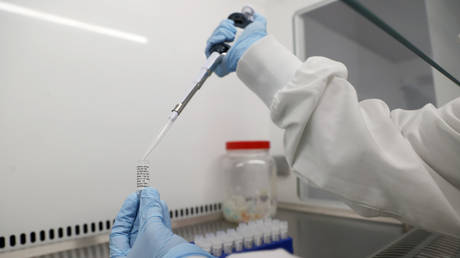