The United Arab Emirates will restore transport routes with Qatar, more than three years after a coalition of Gulf states imposed an embargo on Doha for its alleged ties to terrorism.

The UAE will reopen its land, sea, and air entry points with Qatar starting on Saturday, according to state media, citing the Emirati government.

The Arab state, along with Saudi Arabia, Bahrain, and Egypt, shuttered trade and travel with Qatar in June 2017 over its relationship with Iran, as well as allegations that it was funding terrorist organizations such as Al-Qaeda and Islamic State (IS, formerly ISIS). Doha has denied that it has any links to terrorist groups and said the boycott was an attack on its sovereignty.

Riyadh announced on Tuesday that it would end the diplomatic standoff during the annual Gulf Cooperation Council summit held in Al-Ula, Saudi Arabia. Kuwait, which acted as a mediator between the feuding states, said a day earlier that the blockade against Qatar would soon be lifted.

The UAE signaled after the agreement was reached that it was prepared to resume travel and trade links with Doha within a week, but said fully restoring ties would take more time. Doha has said that it would not abandon its close cooperation with Turkey and Iran, despite allegations from Saudi Arabia and its allies that the relationship was destabilizing the region.

In June 2017, the group of Gulf states presented Qatar with an ultimatum for ending the blockade. The 13 demands included closing Al Jazeera and ending “interference” in other countries’ internal affairs. Dohan refused to acquiesce to the list of demands.

Tuesday’s breakthrough was hailed by Saudi Crown Prince Mohammed Bin Salman as a declaration of “solidarity and stability” for the region.

US President Donald Trump’s adviser and son-in-law Jared Kushner reportedly attended a ceremony finalizing the diplomatic truce. It’s believed that the US was working behind the scenes to push for a resolution to the years-long standoff. 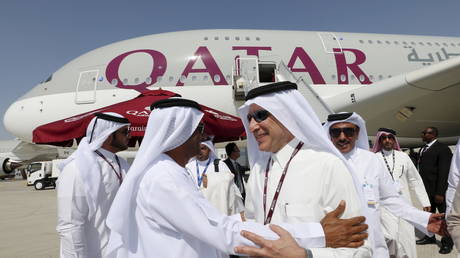