After six years of preparation, the United Arab Emirates is set to launch its first spacecraft to Mars, and what it describes as the red planet’s first weather satellite.

The spacecraft, named Hope, is now officially complete and ready to blast off to Mars on July 14, the Emirati engineers announced.

The UAE is determined to pull off its Emirates Mars Mission by 2021, in time for the 50th anniversary of the founding of its multi-country union. If the launch goes ahead, it will take seven months of traveling through space before the spacecraft reaches Mars, in February 2021.

The purpose of the mission is clear: to slip into Mars’ orbit. The reason for this feat, which only a few spacecraft have managed to achieve until now, is to make the Middle Eastern mission all the more unique.

Whilst most Mars missions focus on the red planet’s geology, this one hopes to study its atmosphere, specifically its lower atmosphere. This will provide a Martian weather map, which is why Hope is being dubbed “Mars’ first weather satellite.” And that’s an important tool when dealing with a planet that has dust storms that completely envelop it. In 2018, one such storm took out NASA’s Opportunity rover, cutting all communication ties with it permanently.

Why Mars has such a harsh environment is one of the questions Hope seeks to answer. It will do so by analysing the planet in infrared and ultraviolet light, and taking colour photographs of it.

Inspiring people in the UAE was part and parcel of the Emirates Mars Mission. According to Omran Sharaf, the project manager, Hope has really piqued interest in science in general and space exploration in particular.

“We saw students switching from international relations and finance, and going into sciences. We saw universities that didn’t have any science programs starting science programs because of the mission,” Sharaf told multimedia technology platform The Verge. 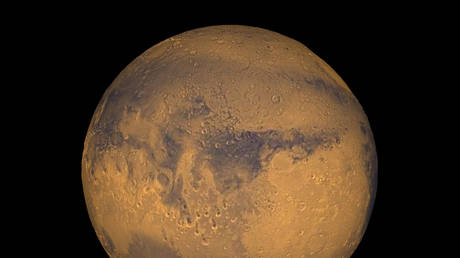