Twitter has announced the number of accounts affected by this week’s online attack in which high-profile pages were hijacked by hackers. It said that only “a small subset of these accounts” was taken over.

“Based on what we know right now, we believe approximately 130 accounts were targeted by the attackers in some way as part of the incident,” Twitter’s support team wrote a day after a rash of verified accounts, including those of Bill Gates, Elon Musk, Joe Biden, Jeff Bezos, Barack Obama, and Kanye West, fell victim to a massive security breach.

The service said it has reached out to the owners of the accounts affected, checking if their “non-public data” was compromised. “We have also been taking aggressive steps to secure our systems while our investigations are ongoing,” it stated without elaborating.

Based on what we know right now, we believe approximately 130 accounts were targeted by the attackers in some way as part of the incident. For a small subset of these accounts, the attackers were able to gain control of the accounts and then send Tweets from those accounts.

As a precaution, Twitter has locked down accounts whose users have changed their passwords during the past 30 days. The step was taken “out of an abundance of caution” to protect account safety, the company said.
Hackers sent out compromised posts in an apparent bid to swindle followers out of their cryptocurrency assets.

They were able to hijack “a small subset of these accounts and then send Tweets from those accounts,” Twitter said on Friday.

On Thursday, hackers claiming to be behind the mega-attack told Motherboard that they “used a rep that literally done all the work for us.” The Twitter insider in question was bribed to gain access to an internal tool instrumental for launching the hack, they explained. 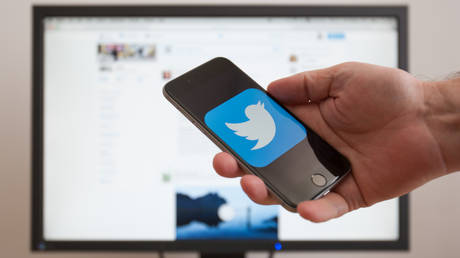