Turkish President Recep Tayyip Erdogan has accused neighboring Greece of “sowing chaos” in the waters of the Mediterranean Sea, contested by the two nations based on overlapping natural resources claims.

Speaking after a cabinet meeting on Monday, Erdogan blasted Athens for broadcasting maritime navigational and weather advisories, known as Navtex, in areas of Mediterranean claimed by Ankara.

Greece has declared its own Navtex unlawfully and in a spoiled manner…With this approach, Greece has sown a chaos that it will not be able to escape from.

Turkey’s president also claimed that the Greek activities in the area are encouraged by third-party countries, who he said will not help Athens in the event of an open conflict with Ankara.

“The ones who throw Greece in front of the Turkish navy will not stand behind them,” Erdogan added, without mentioning any foreign actors in particular.

Greece’s Navtex advisory for the area expires this Thursday, Greek government spokesman Stelios Petsas said. The advisory spans over the same period as the Turkish oil exploration mission of its Oruc Reis survey ship, backed up by several military vessels. That mission, originally intended to end on August 23, was recently extended to August 27.

“Greece is responding calmly and with readiness both on a diplomatic and on an operational level. And with national confidence it does everything needed to defend its sovereign rights,” Petsas said.

The waters of the eastern Mediterranean have been especially hot lately, as the two NATO allies sent military flotillas to the contested area, close to a Greek island off Turkey’s southern coast.

Ankara has laid claim to the waters after striking a maritime agreement with the UN-backed government of war-torn Libya, yet this was rejected by Greece and other nations, with another NATO ally, France, even sending it its own naval forces to support Athens in the ongoing standoff. 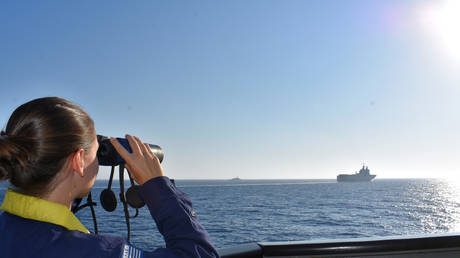