Four Greek fighter jets flew close to a Turkish vessel in the Aegean Sea, the Turkish Defense Ministry said on Tuesday as the two nations seek to reconcile their differences over the disputed waters with a new round of talks.

Athens has reportedly denied that it had sent F-16s to approach the Cesme research boat, which last week was deployed on a scientific mission in the area by the Turkish Navy – a move that drew protests from Greece.

Defense Minister Hulusi Akar said Turkey responded to the alleged harassment with the “necessary retaliation…in line with the rules.”

“While we are carrying out scientific work, harassment is not appropriate, it is not befitting of good neighborly ties,” he told MPs in the Turkish parliament.

According to Greek media, an official from the country’s defense ministry denied that its jets had harassed a Turkish vessel.

On January 25 representatives from the two NATO countries met for the first time in five years to discuss a number of issues, including energy, airspace and the status of some islands in the Aegean Sea. They have agreed to meet again in Athens.

The Turkish Navy has said that the Cesme will carry out surveys of the islands of Lemnos, Skyros, and Alonnisos until March 2. 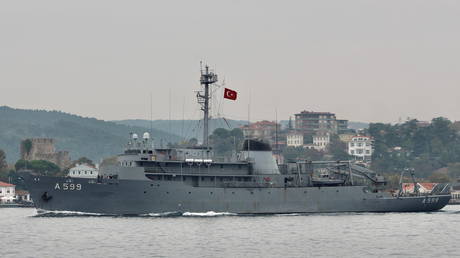