Trump ups pressure on ByteDance, demanding it sell US assets & delete all TikTok data in 90 days with new order

Trump ups pressure on ByteDance, demanding it sell US assets & delete all TikTok data in 90 days with new order

US President Donald Trump has ordered Chinese firm ByteDance to divest from its US-based assets within 90 days and to scrub all data linked to the company’s popular app TikTok, arguing both are a threat to national security.

Friday’s executive order put further pressure on the company after an earlier mandate last week, giving ByteDance some three months to sell off its American properties and to certify to the Committee on Foreign Investment in the United States (CFIUS) that it had destroyed “any data obtained or derived from TikTok.”

“There is credible evidence that leads me to believe that ByteDance… might take action that threatens to impair the national security of the United States,” Trump said in the order, also taking aim at TikTok’s precursor, Musical.ly, which ByteDance acquired and merged with in 2017.

The Chinese company has responded to the order, saying that TikTok is used by 100 million Americans because “it is their home for entertainment, self-expression, and connection,” adding that it would continue to “bring joy to families and meaningful careers to those who create on our platform for many years to come.”

While ByteDance is currently in negotiations with Microsoft to sell off its TikTok operations in North America, Australia and New Zealand, no deal has yet been reached and it remains unclear how close the two sides might be to an agreement. President Trump has been open to the idea, reportedly giving Microsoft a 45-day deadline to reach a deal earlier this month, according to Reuters – but with the caveat that the US government would get a “substantial portion” of the proceeds.

The Trump administration has steadily ramped up an offensive on Chinese companies and apps in recent months, not only taking on ByteDance and WeChat owner Tencent, but also going after the Shenzhen-based telecom giant Huawei, in all cases accusing the firms of stealing American data and eroding privacy. Hostilities between Beijing and Washington have also seen a spike in other areas, with the US shuttering a Chinese consulate in Texas last month over the data-theft allegations, triggering a tit-for-tat response from the People’s Republic. 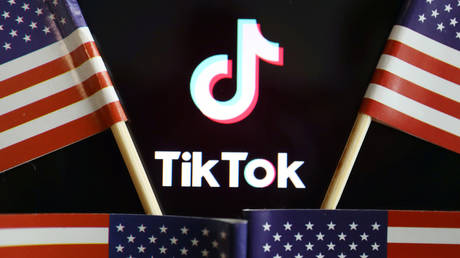 ‘Our options are unlimited’: Iran...