US President Donald Trump’s administration has mounted a four-year “onslaught” against the media that has had a powerful negative impact on press freedom globally, the UN rapporteur for free expression has said.

UN special rapporteur David Kaye described the “Trump effect” on Monday, in remarks to journalists in Geneva, suggesting the president’s sustained verbal assaults on “fake news” at home had created an unmistakable ripple effect around the world.

“Clearly the signature issue over the past four years … has been the way in which this particular president addresses the media, the way he denigrates the media, [and the way he] denigrates freedom of expression,” Kaye said.

There clearly is a Trump effect – a very negative one.

In addition to denouncing the output of much of the American media establishment as “fake news” – a term pundits had initially tried to weaponize against him – Trump has become famous for his withering put-downs of journalists in the White House press pool. Many of them have seen their star rise instantly among the president’s detractors after a particularly goading question.

Indeed, the non-profit Reporters Without Borders recently praised the entire White House press corps as “information heroes” for their coverage of the coronavirus. But the move came in for more than a little mockery, as it placed the Trump-baiters on the same level as journalists who’ve faced legal persecution and imprisonment for their work.

However, Trump’s prosecution of WikiLeaks publisher Julian Assange under the Espionage Act for publishing leaked documents that included proof of US war crimes in Afghanistan and Iraq has been internationally criticized as an unprecedented incursion on press freedom. While former president Barack Obama’s administration was no stranger to charging journalists under the same act and had also considered filing charges against Assange, the Justice Department ultimately thought better of it at that time. It reasoned that charging the WikiLeaks founder with publishing classified documents would inadvertently criminalize the investigative work of establishment-media outlets – an issue it referred to as the “New York Times problem.”

The Trump administration has attempted to cast WikiLeaks as a “hostile non-state foreign intelligence service” in an effort to distance it from “legitimate” media organizations, even though many of those same outlets, including the Times and the Guardian, also published material from the Afghan and Iraq War leaks. Assange is currently detained in the UK’s Belmarsh Prison, fighting extradition to the US, where he faces a sentence of up to 175 years, if convicted.

Reporters Without Borders notes that press freedom worldwide has improved slightly in 2020, inching up 0.9 percent, though it remains down 12 percent since the organization crafted its metric in 2013. 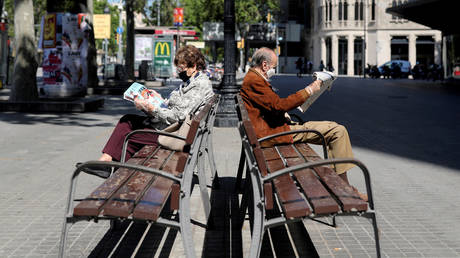