Close
Trending News
HomeWorld‘Tracking must not be the rule’: Activist group files complaints against Apple over alleged breach of European privacy laws

‘Tracking must not be the rule’: Activist group files complaints against Apple over alleged breach of European privacy laws

‘Tracking must not be the rule’: Activist group files complaints against Apple over alleged breach of European privacy laws

The complaints, made on behalf of individual Spanish and German consumers, were filed by the digital rights group NOYB (None of Your Business) on Monday.

The claims focus on the so-called Identifier for Advertisers (IDFA) – a tracking code that’s automatically created on Apple’s iOS devices when they are set up. It allows the company – as well as third parties – to track the online behavior of mobile phone users.

The codes, used primarily for delivering targeted advertisements, are in breach of the EU’s e-Privacy Directive, the group argued, as IDFA requires a user’s consent before setting up and using such algorithms.

“Apple places codes that are comparable to a cookie in its phones without any consent by the user. This is a clear breach of European Union privacy laws,” NOYB lawyer Stefano Rossetti has said.

The complaints come as Apple is preparing to roll out new IDFA opt-in rules, which were initially scheduled to take effect with release of iOS 14 this fall, but were ultimately delayed until 2021. The new rules will require third-party developers to ask iPhone and iPad users for their permission before accessing their IDFA’s to collect data. The new rules do not affect Apple’s own ability to track users, however.

The upcoming revision of the rules is not enough, and the tracking practices must be ended altogether, NOYB believes. The “tracking must be the exception, not the rule,” Rossetti stressed.

The IDFA should not only be restricted, but permanently deleted.

Austrian privacy lawyer and activist Schrems and the NOYB group he established back in 2017 have repeatedly targeted digital giants, including Facebook and Google over alleged mishandling of data and breaching users’ privacy. The activists scored a big win this July, when the European Court of Justice (ECJ) struck down the so-called ‘Privacy Shield’ – a major agreement governing the transfer of EU citizens’ data to the US – deeming it not private enough and prone to spying.

“It is clear that the US will have to seriously change their surveillance laws, if US companies want to continue to play a role in the EU market,” Schrems said after the win. The big tech companies, however, turned to be very reluctant to stop using the ‘Privacy Shield’ after its invalidation, prompting more complaints from the NOYB group. 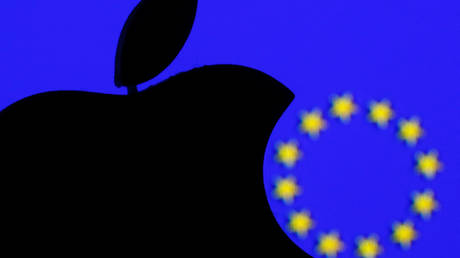 Where is Boris Johnson self-isolat...