Thailand has given the green light to transfer three people serving sentences for plotting a bombing to Iran. The move is an apparent exchange for Tehran releasing an Australian-British academic convicted of espionage charges.

The prisoner swap was first reported on Wednesday, when the Iranian government agreed to release 33-year-old Kylie Moore-Gilbert. She was serving a 10-year prison sentence after being tried and convicted as an Israeli spy in 2018.

Iranian media said her release was made in exchange for securing the freedom of three Iranian citizens, who were held in a foreign prison. The identity of those people was not reported. Footage broadcast by Iranian television showed a group of three men, one of them in a wheelchair, with their faces covered by masks and large hats. Some sources on the social media said they were Saeed Moradi, Mohammad Khazaei and Masoud Sedaghat Zadeh, who were serving terms in Thailand for illegal possession of explosives and other crimes.

The group was busted in 2012 after a powerful explosion happened in a rented house in which they were staying. Media said that Thai police were tipped off by Israeli intelligence, who said the Iranians were preparing a bombing attack against Israeli diplomats in Bangkok. Moradi lost his legs while trying to flee the police, reportedly after trying to toss a grenade at officers. Israel at the time said the botched plot was part of a series of attacks by Iran’s government, which also included bombings in India and Georgia.

Moore-Gilbert is a Cambridge-educated scholar of Islamic studies, who worked as a lecturer at the University of Melbourne. Iran said she had received training in espionage from Israeli intelligence and attempted to gather classified materials on Iran’s economic and military affairs during her second visit to the country. She was arrested in September 2018 as she was leaving Tehran.

Extremely pleased & relieved that Dr Kylie Moore-Gilbert has been released from detention in Iran & will soon be reunited with her family.

Australian Foreign Minister Marise Payne said she was “extremely pleased and relieved” by Moore-Gilbert’s release, while reiterating that her government was rejecting the grounds for her arrest and conviction. The academic denied any wrongdoing and staged several hunger protests during her incarceration.

The prisoner exchange comes at a time highly perilous for Iran, which remains in the crosshairs of the presumably outgoing Trump administration. The US president reportedly sought options for attacking the Islamic Republic within weeks. Israeli military are said to be preparing for a possible military conflict, should the US president decide to act against Iran’s nuclear facilities.

The Trump administration broke the US’ commitments under the 2015 nuclear deal with Iran and subjected the country to a so-called “maximum pressure” campaign with the stated goal of extracting better concessions from Tehran. The Iranian government has not caved in despite the economic hardship caused by the US sanctions. 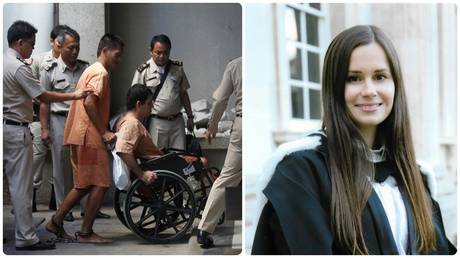