The moon is 85 MILLION years younger than we thought, say German scientists

The moon is 85 MILLION years younger than we thought, say German scientists

Planetary geophysicists have used a new numerical model to determine that the moon is in fact 85 million years younger than previously thought, having formed from the extremely violent and unlikely collision of two protoplanets.

The boffins at the German Aerospace Center, led by Maxime Maurice, produced a model to more accurately calculate what exactly happened when the protoplanet Theia smashed into a nascent, and still-forming, Earth about 4.425 billion years ago.

Previous estimations had suggested the moon formed around 4.51 billion years ago – that is, about 85 million years earlier. The new model suggests, however, that it was millions of years later when the molten Earth was still in the process of taking shape and covered in a vast ocean of liquid magma, that the collision took place.

It was then, they say, that Theia blindsided the world we call home, firing off a large globule of magma into space, which would later form the moon that orbits our planet to this day.

“The results of our latest modeling suggest that the young Earth was hit by a protoplanet some 140 million years after the birth of the solar system,” says Maurice. “According to our calculations, this happened 4.425 billion years ago – with an uncertainty of 25 million years – and the moon was born.”

Critically, no traces of Theia remain, so, while the scientific community mostly agrees on how the moon formed, it’s when where the debate arises.

Vast quantities of rock from the Earth’s mantle vaporized on impact, forming a ring of dust that gradually consolidated to form the moon. However, the moon rocks brought back to Earth by NASA’s Apollo and the Soviet Luna’s missions don’t actually give us an accurate record of its age.

As it turns out, the early moon was itself covered by a magma ocean over 1,000 kilometers deep, with a crust of floating crystals at the surface. That formed an insulating layer that slowed down the cooling and solidification process of our natural satellite, keeping it molten for far longer than we thought.

By charting changes in the samples taken from the moon, scientists managed to more accurately map the timeframe of its evolution to about 4.425 billion years ago, give or take 0.025 billion years. As it turns out, this matches quite closely with the previously determined formation of the Earth’s core.

“This is the first time that the age of the moon can be directly linked to an event that occurred at the very end of the Earth’s formation – namely, the formation of the core,” says Professor Thorsten Kleine, of Institute of Planetology at the University of Münster, in Germany, who was also involved in the research. 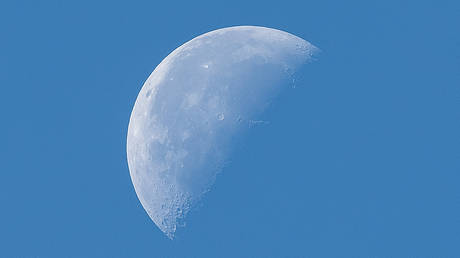