The enemy of our enemy: Scientists re-engineer bacteria to attack pathogens and leave healthy cells unharmed

The enemy of our enemy: Scientists re-engineer bacteria to attack pathogens and leave healthy cells unharmed

Scientists have managed to successfully re-engineer bacteria that normally attack human cells to attack pathogens instead, adding to a growing arsenal humanity can deploy to defend itself from disease.

Numerous pathogenic (disease-causing) bacteria harness specific types of proteins and use them as battering rams in order to break through the cell membranes of their hosts and kill them.

The types of proteins targeted are called cholesterol-dependent cytolysins (CDCs). Cholesterol is a fatty molecule from which human cell walls are made, and CDCs are particularly adept at punching holes in these membranes.

By using a technique called cryo-electron microscopy, the researchers from Imperial College London and University College London were able to slow down the CDCs mid-punch and observe exactly how they broke the cell wall, by changing their shape, rearranging their proteins side by side, and sliding a helix structure into position.

The scientists then found that, by engineering the properties of this helix, they could remove the bacteria’s dependence on cholesterol for targeting and, instead, persuade them to attack other pathogens instead.

The boffins shared the blueprint for repurposing these “bacterial nanomachines” in a study published in the journal Nature this week.

“We have discovered how this process can be engineered and redirected, potentially to our benefit, to attack new kinds of cells. This has the potential to turn the tables on pathogens and increase our arsenal to fight them,” says Dr Doryen Bubeck, from the Department of Life Sciences at Imperial College.

Furthermore, the technique could be applied to myriad pathogenic bacteria that attack plants, as well as several that harm humans.

The proteins in question are also found within our own immune systems, possibly – with some careful adjustments – opening the door to a whole new approach to boosting our own defences.

“What’s really exciting is that this special helix used by CDCs is also found in many other types of proteins – not only in pathogenic bacteria, but also as part of our own immune system,” explained the study’s first author, Dr Nita Shah. 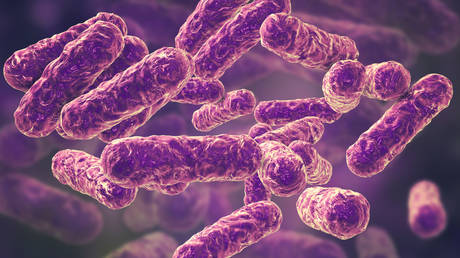