Tehran says lifting of arms embargo will mark ‘day of US defeat’, claims ‘maniacal’ sanctions against Iran have failed

Tehran says lifting of arms embargo will mark ‘day of US defeat’, claims ‘maniacal’ sanctions against Iran have failed

The removal of UN restrictions banning Iran from arms sales will signal a major defeat for the US, Tehran has said, adding that Washington’s attempts at economic attrition against the Islamic Republic have been unsuccessful.

The lifting of an international embargo on October 18 allowing Iran to buy and sell military hardware will be remembered as “the day of US defeat,” Iranian Foreign Ministry spokesman Saeed Khatibzadeh said on Monday.

The ministry spokesman also declared victory over Washington’s “maniacal” sanctions, arguing that the US became too reliant on economic warfare to pursue its foreign policy agenda, and as a result eroded the effectiveness of such restrictions. The sanctions prompted Iran to develop foreign trade that was free of US interference, Khatibzadeh added.

He called on Europe to honor its commitments under the 2015 nuclear deal, which the US unilaterally withdrew from, warning that signatories who failed to keep their end of the bargain and acquiesce to US sanctions on Tehran would be “accomplices in the crimes against the Iranian people.”

Earlier this month, the US Treasury Department announced the blacklisting of 18 major Iranian banks in a new attempt to exclude the country from the global financial system. Tehran condemned the move as “economic terrorism.”

Washington has been scrambling to prevent the lifting of the UN arms embargo, and claimed that “snapback” sanctions under the 2015 accord would be imposed. The unilateral move was widely denounced by the UN Security Council, with even European allies arguing that the US has no legal authority to trigger the mechanism.

Despite US efforts, the embargo, which was imposed in 2007 by the Security Council, is still set to expire this week. 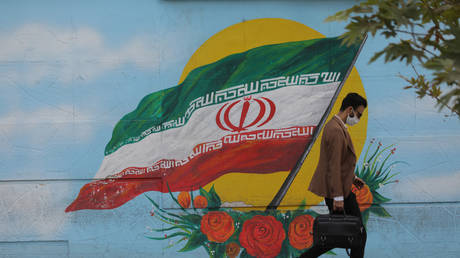