Iranian military officials claim the country has bolstered its navy with the introduction of a new warship capable of carrying aircraft, drones, helicopters, and missiles, according to a statement issued on Thursday.

The 150-meter Shahid Roudaki vessel is “ready to carry out missions,” Iran’s Islamic Revolutionary Guard Corps (IRGC) said in a statement on its website.

The IRGC’s existing fleet mainly comprises small vessels off the Iranian coast and near the Strait of Hormuz, a strategic choke point on a major international oil and gas shipping route.

The announcement of the new addition to the fleet comes days after Tehran warned Washington that it would be met with a “crushing” response, following reports that US President Donald Trump had considered strikes to take out Iranian nuclear sites.

A New York Times article had suggested that US officials, including Vice President Mike Pence, had to talk Trump down from military action, which could have included targeting Iran’s primary uranium-enrichment facility, Natanz.

Tehran has begun uranium enrichment at an underground plant at the site, according to a recent report by the International Atomic Energy Agency (IAEA). 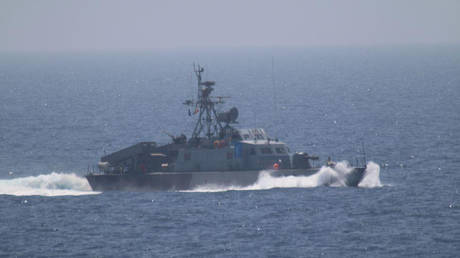 Jeremy Corbyn ‘to have Labour whip...