“Society’s offensive against criminal networks must and will continue, with more police, tougher sentences and more tools for the police in the fight against gang crimes,” Interior Minister Mikael Damberg said during a press conference on Wednesday.

Access to data from mobile messengers will provide the country’s law enforcement with “better opportunities to use technical evidence against criminal gangs and thereby reduce the number of both shootings and explosions in Sweden,” the minister said.

Combating organized crime is a pressing issue for Sweden as the country, which used to have one of the lowest rates of gun violence in Europe, now has one of the highest levels of gun violence on the continent, according to a report issued by the National Council for Crime Prevention this May.

However, the alarming trend is only “limited to a very specific group – young men involved in criminal milieu in socially disadvantaged areas,” the paper noted.

Police data shows there were 366 shootings in Sweden in 2020, in which 47 people were killed and more than 100 others were injured. This year, there have already been 180 shooting incidents and 25 deaths.

“During the summer of 2021, we have seen once again that certain people show no limit to the violence they are prepared to use,” Damberg said, referring to a gun attack that left a police officer who was patrolling the Biskopsgarden in Gothenburg dead.

On Tuesday, three people were hospitalized after being shot near a shopping mall in the city of Kristianstad in the south of the country, with three teenagers later arrested on suspicion of carrying out the assault.

A special commission has been set up by the Swedish government in order to make changes to legislation to allow mobile data to be stored in the country without violating human rights and also give the police an opportunity to demand information stored by companies abroad. The expert commission has until February 2023 to come up with its proposals.

Sweden has to develop its own laws regulating data storage because the EU legislation in the area was “too slow,” Damberg insisted. 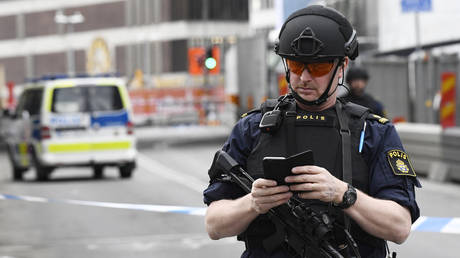