One man has been arrested after threatening three people in a bank in Berlin, Germany, during a suspected attempted raid. Police launched a major operation involving 200 officers to deal with the incident.

Officers cordoned off an area around the Forum Koepenick shopping center and issued appeals to the public to avoid the scene.

The alarm was raised around 2pm local time, with police saying a suspected raider had barricaded themselves in the Postbank at Koepenick along with some other people.

Photos taken nearby and shared online show crowds gathered near the cordoned-off site.

Berlin Police tweeted that more than 200 officers were deployed to the scene, including special forces, “due to the threat” to the bank’s employees. The force later issued an update stating that a suspect had been arrested after threatening two women and one man inside the bank.

No injuries have been reported.

Local media said a police helicopter was deployed overhead, while transport in the area was disrupted during the incident. 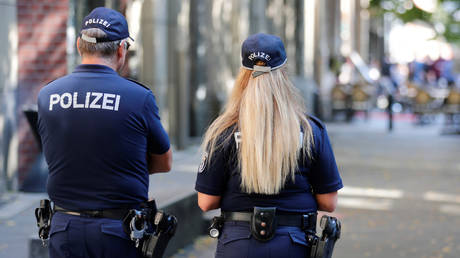