Japan’s suicides rose in October to their highest level in more than five years, preliminary police data revealed on Tuesday, and the current trend is being blamed on the economic impact of the coronavirus pandemic.

Up 39.9 percent from a year earlier, this is also an increase of more than 300 from the previous month, and the highest monthly rate since May 2015, according to the data.

Suicide cases had been falling until July of this year, and many blame the current rise on the economic impact of the coronavirus crisis, noting that women have been most affected.

There were 851 women among the cases last month – and that is 82.6 percent more compared to the same month in 2019. There was also a 21.3 percent rise of the number of suicides among men. Women are being disproportionately affected by job losses, especially if they are non-permanent employers in the retail or service industries.

Suicide has long been an issue of concern in Japanese society. However, amid the pandemic, the restrictive measures imposed may have aggravated the problem. As of October, more than 13,000 lives had been lost to suicide, compared to the fewer than 2,000 fatalities due to coronavirus.

Young people and children are also among the high-risk groups. Since schools reopened in June, after a three-month closure, the authorities have seen a rise in reports of stress and bullying.

Japan’s health and welfare ministry could not explain exactly why suicides have increased, but said that many people are worried about the effect of the pandemic on their lives. It has called on citizens not to suffer alone, and the government has allocated additional funds for special treatment centers and support groups. 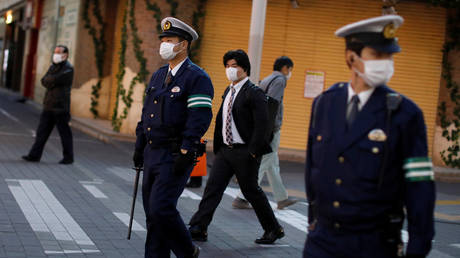