Kuwait has opted to allow only its vaccinated citizens to travel abroad, with children and pregnant women exempted from the new rule. The move effectively grounds a large part of the nation’s 4.2 million population.

The blanket ban on foreign travel for the unvaccinated citizens was announced by authorities of the Gulf nation on Tuesday. Starting from August 1, only vaccinated individuals will be allowed to go abroad.

Children under 16, however, are exempt from the new rule. People with medical conditions preventing vaccination, as well as pregnant women, will also be allowed to travel if they obtain proper certification from the nation’s health ministry.

The move effectively grounds a vast swath of the country’s population under a foreign travel ban. According to the latest available data, Kuwait has administered over 2.3 million doses of Covid-19 vaccines, with around one million people so far – over 22% of the population – receiving two shots.

While the announcement was not exactly clear on this matter, it apparently indicated that only fully vaccinated people will be allowed to travel after the measure takes effect next month.

Since the beginning of the pandemic, the Gulf nation has registered over 394,000 coronavirus cases, while almost 2,300 people have succumbed to the disease. 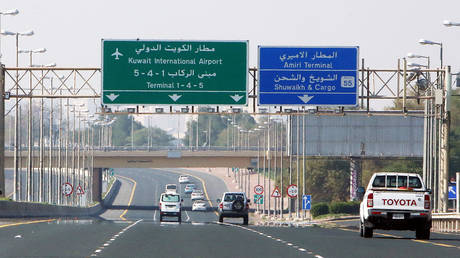 Brits could live on a diet of cric...