The sex drive of Spain’s former king, Juan Carlos, was so high it was considered a state problem, a police chief has revealed, claiming the Spanish secret service had to inject the monarch with female hormones to try and tame it.

Jose Manuel Villarejo, an ex-police commissioner currently on trial over blackmail allegations, told a parliamentary hearing on Wednesday that Spain’s National Intelligence Centre (CNI) had to administer the former monarch “female hormones and testosterone inhibitors to lower his libido.”

Explaining the reasoning for the extreme action, Villarejo said the 83-year-old’s sex drive was considered “a problem for the state” because he was such an “ardently passionate person,” Spanish media reported.

During the hearing, the former police chief said he had been tasked to recover medical reports relating to scans that Juan Carlos had while he was undergoing treatment for a benign tumor. He said “there were traces not of bromide [a sedative] but of testosterone inhibitors.”

Corinna zu Sayn-Wittgenstein, a German-born Danish businesswoman, who had an affair with the then-king from 2004 to 2009, was recorded by Villarejo in 2016 saying that he had been given “a lot of female hormones to take away his strength” by people in his royal circle.

Villarejo’s trial opened this month, in which he is accused of having covertly recorded conversations with the elite for the purposes of blackmailing or ruining their reputation on behalf of other powerful clients.

The disgraced former monarch high libido has been well documented before. He is said to have bedded thousands of women, according to historian Amadeo Martinez Ingles, author of ‘Juan Carlos: The King of 5,000 lovers’. The book alleged that in one particularly active six-month stint, he slept with 62 women.

The former king reigned from 1975 to 2014, but abdicated in favor of his son. He fled Spain for Abu Dhabi, United Arab Emirates last year amid a multi-million dollar corruption scandal. 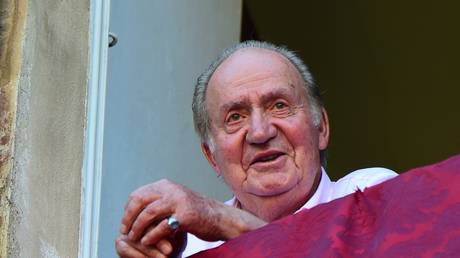