Officials on the Spanish island La Palma have warned of a potential volcanic eruption, after an ‘earthquake swarm’ of 4,222 tremors was detected near the Teneguía volcano by the country’s National Geographic Institute (IGN).

The regional government in the Canary Islands issued a yellow alert on Tuesday – the second in a four-level system warning of a potential earthquake. On Thursday, officials updated their assessment to state that, while they don’t believe an immediate eruption is about to occur, the situation could change quickly, with “more intense earthquakes” expected “in the coming days.”

The figure shows the hypocenters of the earthquake swarm in variable color depending on the date. The yellow star indicates the strongest earthquake (magnitude 3.4). A westward migration of seismicity can be observed in recent days ➡️ https://t.co/0W83m6lncy pic.twitter.com/A8GT1tJfHE

“We cannot make a short-term forecast, but everything indicates that it will evolve into earthquakes of larger magnitudes that will be more intense and felt by the population,” the director of the IGN in the Canary Islands, María José Blanco, warned.

As of Thursday, 11 million cubic meters (388 million cubic feet) of magma have been “injected” into the interior of the Cumbre Vieja National Park near the Teneguía volcano, according to the Canary Islands Volcanology Institute, causing the ground to rise by 6cm (2in) at its peak.

The volcano last erupted in 1971, causing damage to properties and the nearby beach, and killing one fisherman, though densely populated areas and surrounding tourist sites were not affected. After the previous eruption, seismic activity calmed down, resuming in 2017, with recent days seeing an increase in tremors.

Other parts of the Canary Islands are also home to active volcanoes, including Tenerife’s Teide, which hasn’t erupted since 1909, and Lanzarote’s Timanfaya, which last blew in the 19th century. 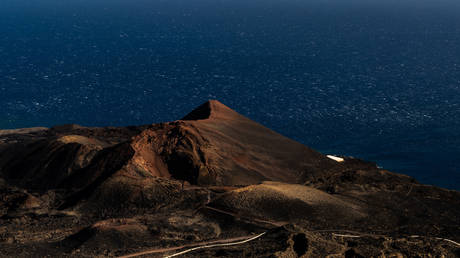