Former Venezuelan general and Hugo Chavez ally Hugo Carvajal will be extradited to the US to face drug trafficking charges after failing to gain political asylum in Spain, the Spanish High Court said on Wednesday.

The former head of Venezuela’s military intelligence was arrested last month by Spanish authorities while he was hiding out in Madrid, avoiding extradition orders. Carvajal had been arrested once before on the orders in April 2019, but was released after a court labeled them “too abstract.”

Having served as military intelligence chief under Chavez from 2004 to 2011, Carvajal was also a figure in Chavez successor Nicholas Maduro’s administration. However, Carvajal later distanced himself from the Maduro administration and publicly accused him of corruption in 2019.

Carvajal has been accused by US authorities of “narco terrorism” by trafficking dangerous drugs into the US, though he has denied these charges and claimed the allegations against him are politically motivated. 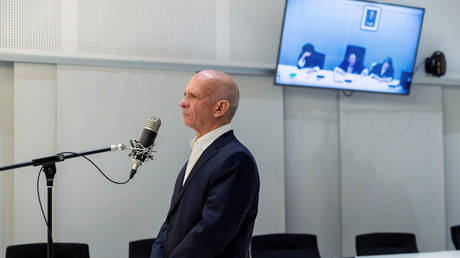 EU must present ‘clear and adequat...