The gravitational wave that washed over earth last year left scientists all the world over puzzled about its source. Now the mystery may have been solved, and any one of its potential implications is astonishing.

On August 14 2019, a ripple in the curvature of space-time was detected by researchers in the US and Italy. The ripple, a gravitational wave known as GW190814, was one of the strongest ever witnessed, and disappeared without a trace moments after it washed over our planet.

Gravitational waves are caused by objects moving at very high speeds. In the past, they have been detected upon the explosion of a star, when two stars orbit each other, when neutron stars collide — and when two black holes orbit one another and then merge.

Apart from the sheer size of this particular wave, what was unique about GW190814 was that it left no trace as to where it had come from.

Usually, epic interactions in the cosmos leave clues as to what has occurred; clues for example, like high energy radiation births in the form of light, gamma and infrared or X-rays arising from the universe’s most energetic stellar death events.

Now, almost a year later, a full analysis of the gravitational wave detection has been released in the Astrophysical Journal Letters, the first time a detailed study of a monumental cosmic collision has been conducted.

Observations made by the MIT’s Laser Interferometer Gravitational-wave Observatory (LIGO) and Italy’s Virgo facilities, which eagerly await gravitational waves by listening out for the sounds of mass collisions in the cosmos, show that the GW190814 pair collided in a deep corner of space, 800 million light-years away.

According to the research, one of the two celestial bodies involved in the collision is a black hole 23 times bigger than our sun, whilst the other half is about 2.6 times bigger.

Scientists say this discrepancy is strange and that it means GW190814 could either be a neutron star — which at that size would usually have collapsed into a black hole — or a black hole itself. In the latter case, this would mean it is the lightest black hole ever detected.

Either way, if GW190814 is an ultra-heavy neutron star “perhaps even new physics would be required to explain it,” Rory Smith, an astrophysicist at Monash University in Australia, told CNET.

And if it is a light black hole, such a discovery would mean our current understanding of how they work will have to be rewritten. 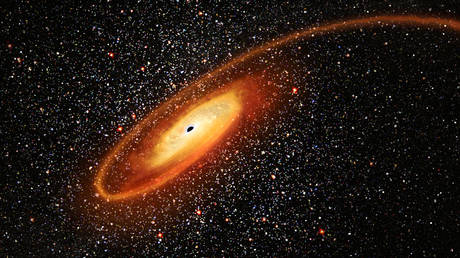