The South Korean president has expressed the hope that humanitarian cooperation with Pyongyang could lead to a “grand breakthrough” in the cold relationship. The North, however, already brushed off such issues as “inessential.”

Delivering his annual New Year speech on Monday, President Moon Jae-in reiterated his readiness to talk with the North whenever the latter is ready.

“Dialogue and co-prosperity are key drivers of the peace process on the Korean Peninsula,” he said. “Our will to meet anytime, anywhere, and willingness to talk…remains unchanged.”

At the same time, Moon expressed hopes to further solidify the country’s ties with the US under the incoming Joe Biden administration.

“We will strengthen the alliance with the United States in line with the inauguration of the Biden administration, while making last-ditch efforts for a grand breakthrough in stalemated North Korea-US and inter-Korean talks,” Moon said, adding that cooperation on humanitarian issues, such as tackling the coronavirus pandemic, might pave the path for better ties with Pyongyang.

Moon’s rhetoric is unlikely to somehow contribute to fixing the relationship between the two Koreas, however, as what he has promised appears to be exactly the opposite of what the North wants.

Speaking at a major meeting of the ruling Workers’ Party over the weekend, North Korean leader Kim Jong-un blasted the South for trying to sooth Pyongyang with offers of cooperation on “inessential issues” such as tourism, the pandemic, and other humanitarian topics. Only a fundamental change of attitude on Seoul’s part, including the stopping of new weaponry procurement and of conducting military drills with the US, could help restore the relationship, Kim stated.

Pyongyang is not holding its breath about the new US administration either, Kim signaled, calling Washington the “biggest enemy” of the country. He also said the “barbaric” sanctions against his country were expected to carry over to the Biden government.

“No matter who is in power in the US, the true nature of the US and its fundamental policies towards North Korea never change,” he stressed. 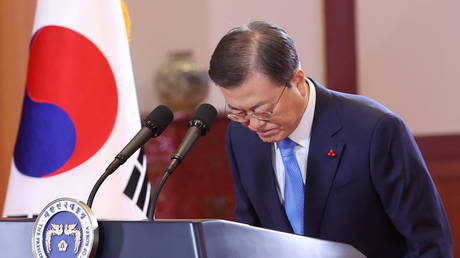