So pigs don’t fly… but snakes do, and now scientists know how

So pigs don’t fly… but snakes do, and now scientists know how

The purpose behind tree snakes’ rhythmic slithering as they glide through the air has been explained, offering up a new blueprint for dynamic flying robots.

Research released on Monday examined why snakes use aerial undulation, with the goal of determining if it is a flight control strategy or “a non-functional behavioural vestige of lateral undulation.”

What they mean by this is whether or not the fact that the snake mimics its on the ground movement whilst in the air is a hangover of past behavior or a developed strategy for gliding.

To find out, the researchers used high-speed motion capture and created a new dynamic model of gliding that mapped out the snake’s aerodynamics.

From this data, they found that the undulating movements greatly contributed to glide performance. The snakes in the simulation that did not wriggle graciously in the air failed to glide as successfully as those that did.

This has added to a new understanding of the function of undulation in animals: flying.

In the past, it has been noted that tree snakes flatten their bodies as they leap in order to generate lift. With the new findings, scientists now know how thought-out the entirety of the snake’s flight is.

Such research is vital in the development of robots. In this instance, these findings can be extrapolated onto similar mechanical contraptions where appropriate, and bring these evolutionary traits and abilities into the robot’s design.

Today, you can find robots inspired by all manner of animals, from cheetahs, to ostriches to cockroaches, these robots are built on data sourced from the wild.

This approach makes sense, with evolutionary processes a millennia in the making, living beings across the world have become uniquely qualified for survival in their environments.

By adopting these nuances into technology, science is emulating nature. 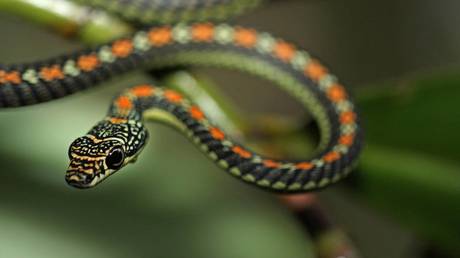